← Marguerite’s Words of Wisdom for January

Marguerite’s Words of Wisdom for February 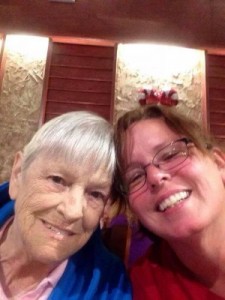 Alma was just a cute little Grandma who came to my emergency room on Christmas Day. Her family was in the middle of opening presents, when she suffered a stroke, so her daughter Brenda and granddaughter Ali rushed her to the ER. She was a bit confused, but stable; so we admitted her to the hospital to run the tests and have neurology evaluate her.

The day after Christmas she was her hysterically funny, feisty self. She and her sister Jean  always had long talks about their medical challenges. So she looked at her daughter Brenda and said, “Let’s see what Jean says about THIS one!” Two days after Christmas she had the second stroke in a major artery on the right side of her brain. The neurologist discussed the results with the family, and told them to take things one day at a time.

On the third day after Christmas, the nurse called me to say Alma would not wake up to take her medication. Her blood sugar had been low earlier in the day but was now normal, so we called the neurologist, knowing it was probably a third stroke. He explained to the family that the major artery to the right side of her brain was occluded, that she was in a full coma, and that she had less than 48 hours to live.

I spent a long time counseling the family. I explained the good news; that in a coma the Spirit has left the body and it floats on the ceiling, totally free of suffering, looking down with Love on the family members at the bedside. Brenda completely understood this, when her 2 year old granddaughter Callie kept looking up at the ceiling, seeing Great Grandma in her Spirit form. Just before Alma took her final breath, this tiny little girl put a potato chip on her bed, as a farewell gift to her sweet great grandmother! 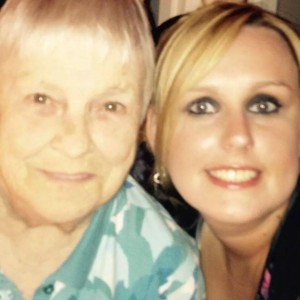 The family called me on my cell, to tell me that Alma’s time had come. I came to the room, called the physician who would do the final pronouncement, and as we waited we joined hands and gathered around the bed to pray and thank God for the life of this wonderful woman. Then I played music from the Faure Requiem, “In Paradisium”, which is the final prayer read by the priest at the grave site in all Catholic funerals.

Little did I know that this family would be so comforted by the things I taught them at the bedside, that they put words of thanks to me in Alma’s obituary! Then, on my last two days in Columbus, after my temporary Hospitalist position had ended, this family took me to dinner for my Birthday and allowed me to stay with them at their home! It was a time of grieving for me, because I was leaving a hospital that I had come to know and love for 4 months. I was having to let go of all the doctors and nurses that had become my dear friends. It could have been a very sad day for me to lose all that, but the Love of this family, me made me remember that wherever I go, I am doing God’s work, and there is always another blessing around the corner!

Brenda’s daughter Ali was very close to her Grandmother, so just before I left Columbus I gave her a gift from Alma. Little Callie cannot say Ali, so she calls her Ya Ya. I let her know that this is what Greek children call their grandmothers, and that I believed that Callie called her this, because she could see Grandma Alma living on in her!

If you have lost anyone during the holidays, I hope this story brings you comfort. Feel free to comment, if anything that has been written helps you in your healing. God bless!